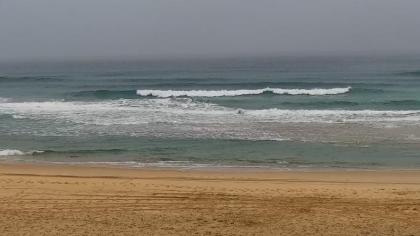 100%
Additional info
Broadbeach is a suburb in the City of Gold Coast, Queensland, Australia. In the 2016 census, Broadbeach had a population of 5,514 people.The Gold Coast is a coastal city in the state of Queensland, Australia, approximately 66 kilometres (41 mi) south-southeast of the centre of the state capital Brisbane. With a population over 600,000, the Gold Coast is the sixth-largest city in Australia, the nation's largest regional city, and Queensland's second-largest city after Brisbane. The city's Central Business District is located roughly in the centre of the Gold Coast in the suburb of Southport, with the suburb holding more corporate office space than anywhere else in the city. The urban area of the Gold Coast is concentrated along the coast sprawling almost 60 kilometers, joining up with the Greater Brisbane Metropolitan Area to the north and to the state border with New South Wales to the south.
Camera location

Is it well worth to put in a live streaming cam within your site such as Australia webcam?

Putting in a live streaming cam into the site is definitely an outstanding strategy to advertise your business or products. No matter if it's a web site of a beach holiday resort, an area services, a site of a rental houses or even a chair lift, or even a blog site focused upon tourist. A live streaming cam view will surely give a beneficial impact on the site traffic. Additionally, the scene from the live streaming camera, including Australia:

You can actually shoot whatever you want. You're basically constrained simply from your own will combined with... General Data Protection Regulations. You can actually set up a live streaming camera into the site.

Enjoying a visit offers you momentary delight yet remembering about this visit normally takes you back to those spots, directly into that moment and even with those close people that were definitely with you there. Live digicam is a popular approach to Reminisce about the attractive memories since you will see those areas live from home.