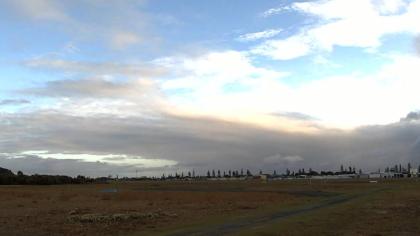 100%
Additional info
Gold Coast Airport is an international Australian airport located at the southern end of the Gold Coast and approximately 90 km (56 mi) south of centre of Brisbane, within South East Queensland agglomeration. The entrance to the airport is situated in the suburb of Bilinga near Coolangatta. The runway itself cuts through the state borders of Queensland and New South Wales. During summer, these states are in two different time zones. The Gold Coast Airport operates on Queensland Time all year round.Bilinga is a southern coastal suburb in the City of Gold Coast, Queensland, Australia. In the 2016 census, Bilinga had a population of 1,804 people. It is on the border with New South Wales.The Gold Coast is a coastal city in the state of Queensland, Australia, approximately 66 kilometres (41 mi) south-southeast of the centre of the state capital Brisbane. With a population over 600,000, the Gold Coast is the sixth-largest city in Australia, the nation's largest regional city, and Queensland's second-largest city after Brisbane. The city's Central Business District is located roughly in the centre of the Gold Coast in the suburb of Southport, with the suburb holding more corporate office space than anywhere else in the city. The urban area of the Gold Coast is concentrated along the coast sprawling almost 60 kilometers, joining up with the Greater Brisbane Metropolitan Area to the north and to the state border with New South Wales to the south.
Camera location

Why you need to Set up live streaming ip camera in your blog such as Australia webcam?

Have the desire to make your business productive? If so, within this period of challenging competition, you'll be able to be noticeable among your competition by providing something totally new for your clients and one good idea in connection with this is to add live streaming ip camera to the blog. Viewers of your web site may not be in a position to see your business and its features physically therefore a good way presenting your business functions to them is via live ip camera. There is a large effect of live ip camera in your site traffic and even it is a terrific way to market your business and its features. A lot more advantages of a live streaming cam (Australia) consist of:

This will depend on you what you would like to exhibit via live streaming camera. There isn't any restriction but you are just bound to adhere to GDPR regulations. Adding a live website cam to your website requires just a couple of minutes but it's truly useful.

Planning for a journey during these holidays! Initially select a location by this particular online camera then proceed. We are able to get a listing of planet's well-known areas through Search engines however we can't obtain inside specifics such as the atmosphere and with regard to that, I'll suggest this particular live camera. Prior to live camera, taking pleasure in this particular function hadn't been feasible.

Anytime I visit this particular web site, it tends to make me calm and also pleased. Whichesoever place I wish to check out, I am able to immediately view it within the web camera and seem like I'm there. This live cam is extremely suggested and anyone who can visit this particular internet site, he'll like it. It is my own routine to pay time on this web site and also to obtain the details of new area each day.