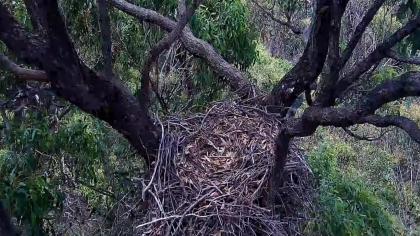 100%
Additional info
Sydney Olympic Park is a suburb of Greater Western Sydney, located 13 kilometres west of the Sydney central business district, in the local government area of the City of Parramatta Council. It is commonly known as Olympic Park but officially named Sydney Olympic Park. The area was part of the suburb of Lidcombe and known as "North Lidcombe", but between 1989 and 2009 was named "Homebush Bay". The names "Homebush Bay" and, sometimes, "Homebush" are still used colloquially as a metonym for Stadium Australia as well as the Olympic Park precinct as a whole, but Homebush is an older, separate suburb to the southeast, in the Municipality of Strathfield.Sydney is the capital city of the state of New South Wales, and the most populous city in both Australia and Oceania. Located on Australia's east coast, the metropolis surrounds Sydney Harbour and extends about 70 km (43.5 mi) towards the Blue Mountains to the west, Hawkesbury to the north, the Royal National Park to the south and Macarthur to the south-west. Sydney is made up of 658 suburbs, spread across 33 local government areas. Residents of the city are known as "Sydneysiders". The 2021 census recorded the population of Greater Sydney as 5,231,150, meaning the city is home to approximately 66% of the state's population. Nicknames of the city include the 'Emerald City' and the 'Harbour City'.
Webcam Australia live - Location

Science and technology carries on improving everyday and great news for business people is that they can add live cam to their web sites to actually make the business or products much more observable and bring increasingly more customers. Mainly, the companies related with travels and tours, ski lift, rental houses, city service or sea side holiday resort like to benefit from the facility of setting up live streaming cameras within their web sites. A live webcam is a live display of your business characteristics and thus you may attract the site traffic and convert them in to your potential customers. Would like to check out something more about live webcam for instance Australia? Here are these!

From tourist attractions to hospitality services, you can actually record just about anything inside your site. In the limit of GDPR rules, you can utilize live webcam in the site in whatever way you need to. Take the time to set up a live webcam and obtain a number of perks consequently.

Me and even my lady are fond of venturing and we have traveled to numerous locations mutually. What I ordinarily do is enjoy those spots with live digital camera, take screenshots and then share with my partner and she really loves it. In the absence of this particular live digital camera, keeping in mind my reminiscences won’t be this much simpler.

Having a family trip is really the most thrilling element to me although I have young kids thus I pay special care about climate. For this reason, I have confidence in this kind of live camera. Rather than climate, I'll also take a look at crowd there. When you are packing your bag for a outing then this kind of online camera really has been made for you.