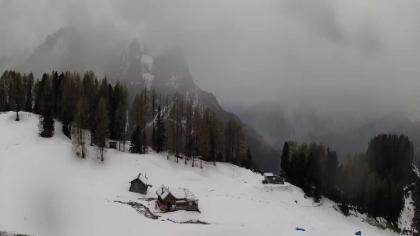 100%
Additional info
Italy, officially the Italian Republic, is a country consisting of a peninsula delimited by the Alps and several islands surrounding it, whose territory largely coincides with the homonymous geographical region. Italy is located in the centre of the Mediterranean Sea, in Southern Europe, and is also considered part of Western Europe. A unitary parliamentary republic with Rome as its capital and largest city, the country covers a total area of 301,340 km2 (116,350 sq mi) and shares land borders with France, Switzerland, Austria, Slovenia, and the enclaved microstates of Vatican City and San Marino. Italy has a territorial exclave in Switzerland (Campione) and a maritime exclave in Tunisian waters (Lampedusa). With around 60 million inhabitants, Italy is the third-most populous member state of the European Union.
Camera location