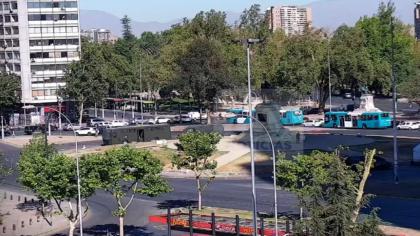 100%
Additional info
Santiago, also known as Santiago de Chile, is the capital and largest city of Chile as well as one of the largest cities in the Americas. It is the center of Chile's most densely populated region, the Santiago Metropolitan Region, whose total population is 8 million, of which more than 6 million live in the city's continuous urban area. The city is entirely in the country's central valley. Most of the city lies between 500–650 m (1,640–2,133 ft) above mean sea level.
Camera location