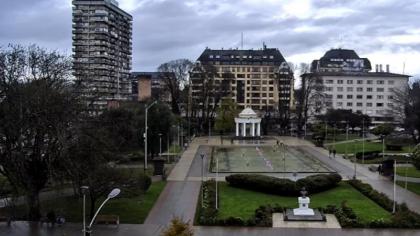 100%
Additional info
Osorno city and commune in southern Chile and capital of Osorno Province in the Los Lagos Region. It had a population of 145,475, as of the 2002 census. It is located 945 kilometres (587 mi) south of the national capital of Santiago, 105 kilometres (65 mi) north of the regional capital of Puerto Montt and 260 kilometres (160 mi) west of the Argentine city of San Carlos de Bariloche, connected via International Route 215 through the Cardenal Antonio Samoré Pass. It is a gateway for land access to the far south regions of Aysén and Magallanes, which would otherwise be accessible only by sea from the rest of the country.
Camera location