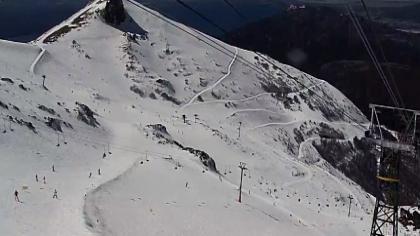 100%
Additional info
San Carlos de Bariloche, usually known as Bariloche, is a city in the province of Río Negro, Argentina, situated in the foothills of the Andes on the southern shores of Nahuel Huapi Lake. It is located within the Nahuel Huapi National Park. After development of extensive public works and Alpine-styled architecture, the city emerged in the 1930s and 1940s as a major tourism centre with skiing, trekking and mountaineering facilities. In addition, it has numerous restaurants, cafés, and chocolate shops. The city has a permanent population of 108,205 according to the 2010 census. According to the latest statistics from 2015, the population is around 122,700, and a projection to 2020 dates to 135,704.
Camera location