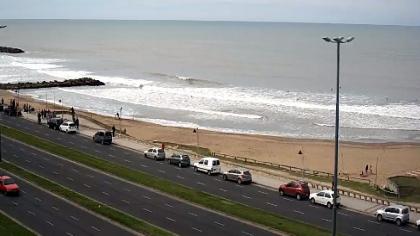 100%
Additional info
Mar del Plata is a city in Buenos Aires Province, Argentina located on the coast of the Atlantic Ocean. It is the head of General Pueyrredón Partido. Mar del Plata is the second largest city in Buenos Aires Province. The name "Mar del Plata" is a shortening of "Mar del Rio de la Plata," and has the meaning of "sea of the Rio de la Plata basin" or "adjoining sea to the (River) Plate region". Mar del Plata is one of the major fishing ports and the biggest seaside beach resort in Argentina. With a population of 614,350 as per the 2010 census [INDEC], it is the 7th largest city in Argentina.
Camera location