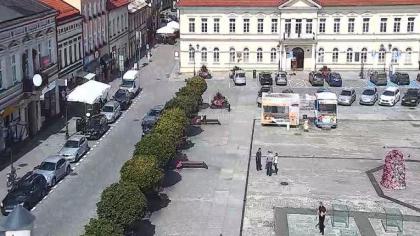 100%
Additional info
Oświęcim is a town in the Lesser Poland province of southern Poland, situated 50 kilometres (31 mi) west of Kraków, near the confluence of the Vistula (Wisła) and Soła rivers. The town is commonly known for being the site of the Auschwitz concentration camp during World War II when Poland was occupied by Nazi Germany.
Camera location