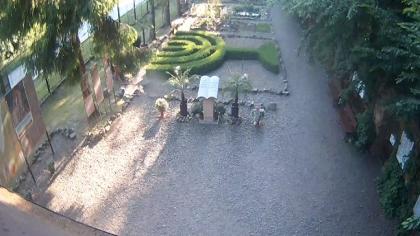 100%
Additional info
Myczkowce is a village in the administrative district of Gmina Solina, within Lesko County, Subcarpathian Voivodeship, in south-eastern Poland. It lies approximately 8 kilometres (5 mi) north-west of Solina, 8 km (5 mi) south-east of Lesko, and 73 km (45 mi) south-east of the regional capital Rzeszów. In 1910–1914, new Ukrainian church instead of a wooden one from 1815, was built. A monumental structure was designed as a synthesis of Ukrainian, Byzantine and Romanesque architectural traditions. Religious community was affiliated with and the Diocese of Peremyshl`. After the deportation of Ukrainians, was used for the storage, and since 1979 - as a church for Polish Roman Catholic community The village has a population of 510.
Camera location