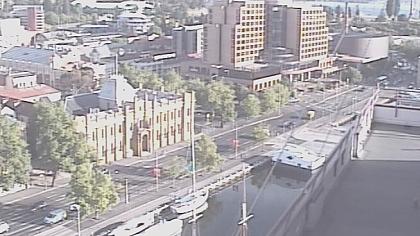 100%
Additional info
Tasmania, abbreviated as TAS, is an island state of Australia. It is located 240 km (150 mi) to the south of the Australian mainland, separated from it by Bass Strait. The state encompasses the main island of Tasmania, the 26th-largest island in the world, and the surrounding 1000 islands. It is Australia's least populated state, with 541,000 residents as of September 2020. The state capital and largest city is Hobart, with around 40 percent of the population living in the Greater Hobart area.
Camera location