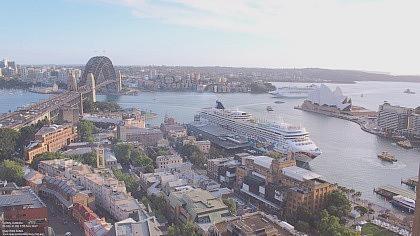 100%
Additional info
Sydney is the capital city of the state of New South Wales, and the most populous city in both Australia and Oceania. Located on Australia's east coast, the metropolis surrounds Sydney Harbour and extends about 70 km (43.5 mi) on its towards the Blue Mountains to the west, Hawkesbury to the north, the Royal National Park to the south and Macarthur to the south-west. Sydney is made up of 658 suburbs, spread across 33 local government areas. Residents of the city are known as "Sydneysiders". As of June 2021, Sydney's estimated metropolitan population was 5,231,147, meaning the city is home to approximately 66% of the state's population. Nicknames of the city include the 'Emerald City' and the 'Harbour City'.
Camera location

Is it worthwhile to set up a live IP camera in your blog?

Relating to visiting a park, numerous things come in mind. Is the park lovely? Will it be extremely crowded? Which activities you can enjoy there? Which kind of amusement perhaps there is for your kids? Why not to enjoy a virtual tour to the park that you might want to travel to!

Enjoying a tour provides you with short term satisfaction though reminiscing about that outing will take you back to those locations, in that precious time and with those close individuals who were actually with you . Live digital camera is really a good method to Reminisce about the stunning recollections because you can observe those locations live from your own home.