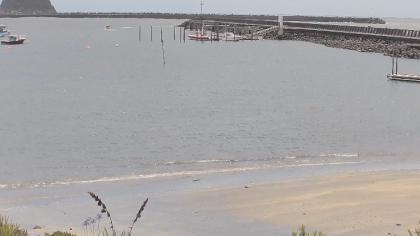 100%
Additional info
New Plymouth is the major city of the Taranaki region on the west coast of the North Island of New Zealand. It is named after the English city of Plymouth, Devon from where the first English settlers to New Plymouth migrated. The New Plymouth District, which includes New Plymouth City and several smaller towns, is the 10th largest district in New Zealand, and has a population of 87,300 – about two-thirds of the total population of the Taranaki Region and 1.7% of New Zealand's population. This includes New Plymouth City (58,400), Waitara (7,290), Inglewood (3,790), Ōakura (1,690), Ōkato (561) and Urenui (429).Taranaki is a region in the west of New Zealand's North Island. It is named after its main geographical feature, the stratovolcano of Mount Taranaki, also known as Mount Egmont.The North Island, also officially named Te Ika-a-Māui, is one of the two main islands of New Zealand, separated from the larger but much less populous South Island by the Cook Strait. The island's area is 113,729 square kilometres (43,911 sq mi), making it the world's 14th-largest island. It has a population of 3,925,800, accounting for approximately 77% of the total residents of New Zealand.
Camera location

Is it well worth to setup a live streaming cam within your site?

You can actually shoot whatever you want. You're basically constrained simply from your own will combined with... General Data Protection Regulations. You can actually set up a live streaming camera on the site.

Enjoying a visit will give you momentary delight yet remembering about this visit normally takes you back to those spots, directly into that moment and even with those close people that were definitely with you there. Live digicam is really a good solution to Reminisce about the attractive memories mainly because you can view those spots live from home.