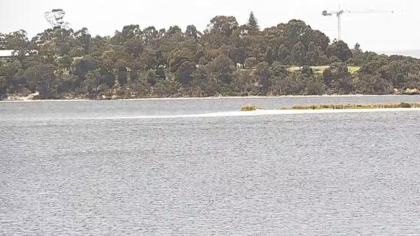 100%
Additional info
Mosman Park is a western suburb of Perth, Western Australia on the north bank of the Swan River in the local government area of the Town of Mosman Park. It was historically known as Buckland Hill (1889-1909), then Cottesloe Beach (1909-1930) and again Buckland Hill (1930-1937). From 1937 it was named Mosman Park, derived from Mosman in Sydney, the birthplace of Richard Yeldon, a member of the Buckland Hill Road Board. Mosman Park is now considered an affluent suburb, but prior to the 1970s was one of Perth's major industrial centres.Perth is the capital and largest city of the Australian state of Western Australia. It is the fourth most populous city in Australia and Oceania, with a population of 2.1 million living in Greater Perth in 2020. Perth is part of the South West Land Division of Western Australia, with most of the metropolitan area on the Swan Coastal Plain between the Indian Ocean and the Darling Scarp. The city has expanded outward from the original British settlements on the Swan River, upon which the city's central business district and port of Fremantle are situated. Perth is located on the traditional lands of the Whadjuk Noongar people, where Aboriginal Australians have lived for at least 45,000 years.The Swan River is a river in the south west of Western Australia. The river runs through the metropolitan area of Perth, Western Australia's capital and largest city.
Camera location

Is it well worth to add a live streaming cam into your blog such as Australia webcam?

The installation of a live streaming cam on your own site is going to be an amazing option to advertise your business and its features. It is not important if it is a web site of a sea side holiday resort, an area services, an internet site of a restaurant or even a chair lift, or even a blog site aimed at the tourism industry. A live website cam view will surely give a beneficial impact on the traffic. In addition, the scene from the live streaming camera, including Australia:

You can actually shoot whatever you want. You're basically confined simply from your own will or... General Data Protection Regulations. It's easy to setup a live streaming camera on your own site.

I normally keep an eye on the climate situations ahead of my small tour. The anticipates in the news are often various and fundamentally transform each hour, and so I can't have any assurance if it's actually horrible or otherwise not, by way of example. One click and then I will see live just what the climate is, if a number of people have got here etc. Web cam is undoubtedly a beneficial solution for any individual who likes to get almost everything properly established.

Despite the fact that We've grabbed numerous pictures of my honeymoon however it is extremely hard to continue to keep the images along with me on a regular basis. When I need to think of my memories with those gorgeous sites, I see this url and think that We're actually there again. Thanks a bunch to the internet site for incorporating the online web camera option.