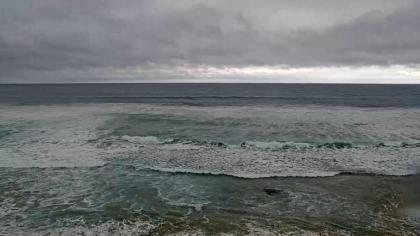 100%
Additional info
Portsea is a seaside town on the Mornington Peninsula in Melbourne, Victoria, Australia, approximately 60 kilometres (37 mi) south-west of Melbourne's Central Business District, located within the Shire of Mornington Peninsula local government area. Portsea recorded a population of 787 at the 2021 census.Melbourne is the capital and most populous city of the Australian state of Victoria, and the second-most populous city in both Australia and Oceania. Its name generally refers to a 9,993 km2 (3,858 sq mi) metropolitan area known as Greater Melbourne, comprising an urban agglomeration of 31 local municipalities, although the name is also used specifically for the local municipality of City of Melbourne based around its central business area. The metropolis occupies much of the northern and eastern coastlines of Port Phillip Bay and spreads into the Mornington Peninsula, West Gippsland, as well as the hinterlands towards the Yarra Valley, the Dandenong and Macedon Ranges. It has a population over 5 million, mostly residing to the east side of the city centre, and its inhabitants are commonly referred to as "Melburnians".The Mornington Peninsula is a peninsula located south of Melbourne, Victoria, Australia. It is surrounded by Port Phillip to the west, Western Port to the east and Bass Strait to the south, and is connected to the mainland in the north. Geographically, the peninsula begins its protrusion from the mainland in the area between Pearcedale and an area north of Frankston. The area was originally home to the Mayone-bulluk and Boonwurrung-Balluk clans and formed part of the Boonwurrung nation's territory prior to European settlement.
Camera location

Science and technology carries on progressing consistently and great news for business men is that they are able to add live internet streaming cam to their websites as a way to make the business or products a lot more exposed as well as entice increasingly more customers. Mainly, the companies associated with hospitality services, ski lift, restaurants, city service or seashore location would rather get the facility of adding live cam in their sites. A live streaming cam is a live presentation of your business functions and therefore you may astonish the web site traffic and make them in to your potential customers. Would like to take a look at something more about live streaming camera for instance Australia? Below is a list!

From tourist attractions to hospitality services, you possibly can record whatever you like inside your web site. While in the edge of GDPR restrictions, you might use live streaming cam in the web site in whatever way you need to. Spend some time to add a live ip camera and revel in a number of perks afterward.

Me along with my lady are fond of venturing out and already we have stopped at several spots with each other. What I generally do is check out those spots by live web camera, take screenshots and then share with my lady and she really loves it. In the absence of this specific live web camera, recollecting my reminiscences won’t be this much simpler.

Having a family trip is regarded as the thrilling element in my opinion nonetheless I have younger children and so I pay special care about climate. For this reason, I have confidence in this particular live camera. Apart from climate, I'll also analyze crowd of people there. If you're packing your bag for a adventure then this particular online camera really has been intended for you.