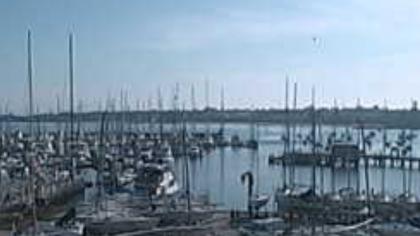 100%
Additional info
Sandringham is a suburb in Melbourne, Victoria, Australia, 16 km (10 mi) south-east of Melbourne's Central Business District, located within the City of Bayside local government area. Sandringham recorded a population of 10,926 at the 2021 census.Melbourne is the capital and largest city of the Australian state of Victoria, and the second-most populous city in both Australia and Oceania. Its name generally refers to a 9,993 km2 (3,858 sq mi) metropolitan area known as Greater Melbourne, comprising an urban agglomeration of 31 local municipalities, although the name is also used specifically for the local municipality of City of Melbourne based around its central business area. The city occupies much of the northern and eastern coastlines of Port Phillip Bay and spreads into the Mornington Peninsula, West Gippsland, as well as the hinterlands towards the Yarra Valley, the Dandenong and Macedon Ranges. It has a population over 5 million, mostly residing to the east side of the city centre, and its inhabitants are commonly referred to as "Melburnians".Port Phillip or Port Phillip Bay is a horsehead-shaped enclosed bay on the central coast of southern Victoria, Australia. The bay opens into the Bass Strait via a short, narrow channel known as The Rip, and is completely surrounded by localities of Victoria's two largest cities — metropolitan Greater Melbourne in the bay's main eastern portion north of the Mornington Peninsula, and the city of Greater Geelong in the much smaller western portion north of the Bellarine Peninsula. Geographically, the bay covers 1,930 km2 (750 sq mi) and the shore stretches roughly 264 km (164 mi), with the volume of water around 25 km3 (6.0 cu mi). Most of the bay is navigable, although it is extremely shallow for its size — the deepest portion is only 24 m (79 ft) and half the bay is shallower than 8 m (26 ft). Its waters and coast are home to seals, whales, dolphins, corals and many kinds of seabirds and migratory waders.
Camera location

Is it really worth to set up a live cam within the web site?

Using a live ip camera in your blog is actually a remarkable idea to advertise your company. It does not matter whether it's an internet site of a seashore vacation resort, a city service, a business site of a guest house or perhaps a ski lift, or a website specifically for travel and leisure. A live ip camera view will certainly have a good impact on the traffic on your website. Furthermore, the view from a live streaming cam, for example Australia:

You may shoot whatever you want. You are basically restricted just by your will coupled with... GDPR regulations. It is simple to use a live ip camera in your blog.

Even though I've taken quite a lot of pictures of my honeymoon but it's difficult to retain those photos with me constantly. Anytime I wish to remember my memories with those spectacular spots, I head to this website and believe that I'm bodily there again. Many thanks to the website for including the live digicam attribute.

I usually monitor the elements conditions prior to the 2-day journey. The predictions on television are commonly different and essentially alter each and every hour, therefore I can't have any guarantee if it's truly awful or not, for instance. One click and I can easily see instantly exactly what the conditions are, whether many people have appeared etc. Live camera is surely a helpful solution for anybody who likes to have every thing nicely organized.