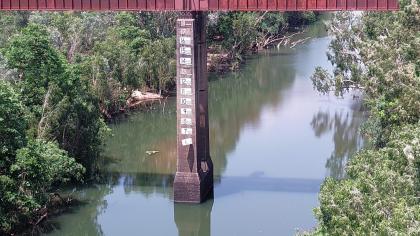 100%
Additional info
Katherine is a town in the Northern Territory of Australia. It is situated on the Katherine River, after which it is named, 320 kilometres (200 mi) southeast of Darwin. It is the fourth largest settlement in the Territory and is known as the place where "The outback meets the tropics". Katherine had an urban population of approximately 6,300 at the 2016 Census.
Camera location