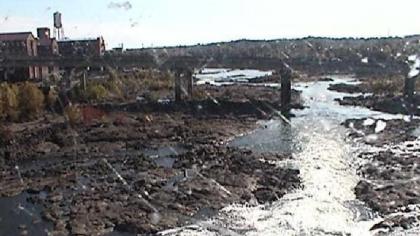 100%
Additional info
Columbus is a consolidated city-county located on the west-central border of the U.S. state of Georgia. Columbus lies on the Chattahoochee River directly across from Phenix City, Alabama. It is the county seat of Muscogee County, with which it officially merged in 1970. Columbus is the second-largest city in Georgia, and fields the state's fourth-largest metropolitan area. At the 2020 census, Columbus had a population of 206,922, with 328,883 in the Columbus metropolitan area. The metro area joins the nearby Alabama cities of Auburn and Opelika to form the Columbus–Auburn–Opelika Combined Statistical Area, which had an estimated population of 486,645 in 2019.The Chattahoochee River forms the southern half of the Alabama and Georgia border, as well as a portion of the Florida - Georgia border. It is a tributary of the Apalachicola River, a relatively short river formed by the confluence of the Chattahoochee and Flint rivers and emptying from Florida into Apalachicola Bay in the Gulf of Mexico. The Chattahoochee River is about 430 miles (690 km) long. The Chattahoochee, Flint, and Apalachicola rivers together make up the Apalachicola–Chattahoochee–Flint River Basin. The Chattahoochee makes up the largest part of the ACF's drainage basin.
Camera location

Is it really worth to fit a live cam to your blog such as United States webcam?

Setting a live ip camera to your blog is without a doubt a great solution to advertise your business and its features. It is not important if it is an internet site of a sea side vacation resort, a city service, an internet site of a restaurant or perhaps a ski lift, or a website centered on the tourism industry. A live webcam view will certainly have a good impact on the traffic on your website. In addition, the view from a live streaming cam, for example United States:

You may shoot whatever you want. You are basically confined just by your will or... GDPR regulations. It's easy to fit a live ip camera to your blog.

The web site is actually impressive, as well as view is perfect - just like always! Because of the web camera, I can transfer to my hometown without leaving home and see to what extent it has improved. I prefer to look here, mainly because the quality of the cams is undoubtedly impressive, and you may learn a little about the location and read visit suggestions. I'm here virtually everyday.

Before you visit any place, viewing this web site is usually recommended. From Pets as well as zoo to world’s renowned sites, from exotic locations to lands and oceans, this fabulous website provides you a platform to take a virtual tour round the globe. It is possible to there at just about anyplace around the globe and you may be at another place of the world in just one minute. Isn’t it a magic!