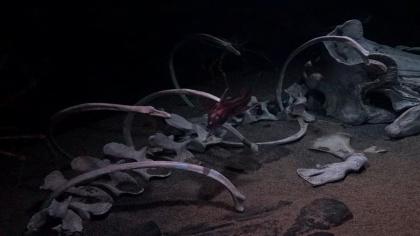 100%
Additional info
Monterey Bay Aquarium is a nonprofit public aquarium in Monterey, California. Known for its regional focus on the marine habitats of Monterey Bay, it was the first to exhibit a living kelp forest when it opened in October 1984. Its biologists have pioneered the animal husbandry of jellyfish and it was the first to successfully care for and display a great white shark. The organization's research and conservation efforts also focus on sea otters, various birds, and tunas. Seafood Watch, a sustainable seafood advisory list published by the aquarium beginning in 1999, has influenced the discussion surrounding sustainable seafood.Monterey is a city located in Monterey County on the southern edge of Monterey Bay on the U.S. state of California's Central Coast. Founded on June 3, 1770, it functioned as the capital of Alta California under both Spain (1804–1821) and Mexico (1822–1846). During this period, Monterey hosted California's first theater, public building, public library, publicly-funded school, printing-press, and newspaper. It was originally the only port of entry for all taxable goods in California. In 1846, during the Mexican–American War of 1846–1848, the United States Flag was raised over the Customs House. After Mexico ceded California to the U.S. at the end of the war, Monterey hosted California's first constitutional convention in 1849.The Japanese spider crab is a species of marine crab that lives in the waters around Japan. It has the largest known leg-span of any arthropod. It goes through three main larval stages along with a prezoeal stage to grow to its great size.
Camera location

This web cam is the foremost element over the internet. In The Search Engines, you can see the place or even pictures of anyplace however in this website, you may enjoy the present sights. Hence, you can explore your favorite location and get info. All of the features of this specific website tend to be stunning. The advisable thing is that the live cam shows video clip of virtually any area from the perfect perspectives.