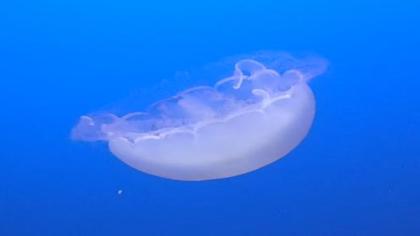 100%
Additional info
Monterey Bay Aquarium is a nonprofit public aquarium in Monterey, California. Known for its regional focus on the marine habitats of Monterey Bay, it was the first to exhibit a living kelp forest when it opened in October 1984. Its biologists have pioneered the animal husbandry of jellyfish and it was the first to successfully care for and display a great white shark. The organization's research and conservation efforts also focus on sea otters, various birds, and tunas. Seafood Watch, a sustainable seafood advisory list published by the aquarium beginning in 1999, has influenced the discussion surrounding sustainable seafood.Monterey is a city located in Monterey County on the southern edge of Monterey Bay on the U.S. state of California's Central Coast. Founded on June 3, 1770, it functioned as the capital of Alta California under both Spain (1804–1821) and Mexico (1822–1846). During this period, Monterey hosted California's first theater, public building, public library, publicly-funded school, printing-press, and newspaper. It was originally the only port of entry for all taxable goods in California. In 1846, during the Mexican–American War of 1846–1848, the United States Flag was raised over the Customs House. After Mexico ceded California to the U.S. at the end of the war, Monterey hosted California's first constitutional convention in 1849.Aurelia aurita is a species of the genus Aurelia. All species in the genus are very similar, and it is difficult to identify Aurelia medusae without genetic sampling; most of what follows applies equally to all species of the genus. The most common method used to identify the species consists of selecting a jellyfish from a harbour using a device, usually a drinking glass and then photographing the subject. This means that they can be released in to the harbour shortly afterwards and return to their natural habitat.
Camera location

Science and technology carries on growing everyday and an enhancement for business people is that they can easily mount live cam in web-sites to actually make the business or products far more visible on the web and then to bring large numbers of customers. Usually, the companies related with travels and tours, ski lift, rental houses, city service or sea side holiday resort like to benefit from the facility of setting up live IP camera within their web sites. A live webcam is a live display of your business characteristics and thus you may amaze the site traffic and convert them in to your potential customers. Would like to check out something more about live webcam for instance United States? Here are these!

From tourist attractions to hospitality services, you are able to record just about anything on your internet site. In the limit of GDPR policies, you can utilize live webcam on the internet site in whatever way you'll want to. Take the time to set up a live webcam and obtain a number of perks consequently.

I have already been a consistent visitor of this particular web site and simply it happens at one time in numerous moments that the web camera performance just isn't similar to the anticipation. The primary reason is perhaps dust at the live cam or maybe the inadequate weather condition or even very busy hosting server. Make sure you leave a comment to suggest the website to fix that specific live camera that you notice isn't working.

Many people are interested in touring yet simply because of economic trouble, some can’t have the funds for it. Live web camera is a good solution in this case just as it doesn’t cost you money or simply doesn’t demand your precious time. This kind of live digital camera result is so outstanding that it offers the sensation of a real journey to those areas.