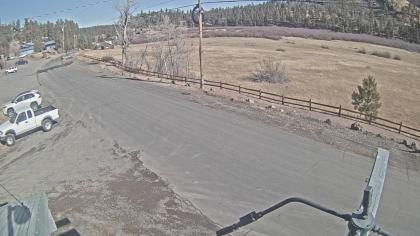 100%
Additional info
Greer is an unincorporated community and census-designated place in Apache County, Arizona, United States. It lies at an elevation of approximately 8,300 feet (2,500 m) in the White Mountains of Arizona, and is surrounded by the Apache-Sitgreaves National Forest. As of the 2010 census it had a population of 41. Greer was founded circa 1879 by Mormon settlers from Utah. The Greer post office has the ZIP code of 85927.Apache County is located in the northeast corner of the U.S. state of Arizona. Shaped in a long rectangle running north to south, as of the 2010 census its population was 71,518. The county seat is St. Johns.Arizona is a state in the Western United States, grouped in the Southwestern and occasionally Mountain subregions. It is the 6th largest and the 14th most populous of the 50 states. Its capital and largest city is Phoenix. Arizona shares the Four Corners region with Utah to the north, Colorado to the northeast, and New Mexico to the east; its other neighboring states are Nevada and California to the west and the Mexican states of Sonora and Baja California to the south and southwest.
Camera location