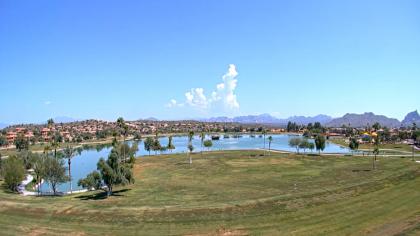 100%
Additional info
Fountain Hills is a town in Maricopa County, Arizona, United States. Known for its impressive fountain, once the tallest in the world, it borders the Fort McDowell Yavapai Nation, Salt River Pima-Maricopa Indian Community, and Scottsdale. The population is 23,820 as of the 2020 decennial-census from U.S. Census Bureau. Between the 1990 and 2000 censuses it was the eighth-fastest-growing place among cities and towns in Arizona. The average price for an owner-occupied housing is $402,100.
Camera location