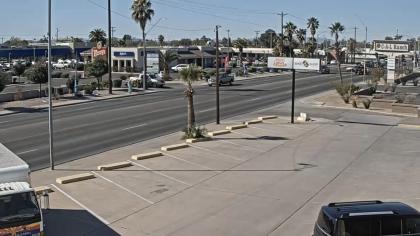 100%
Additional info
Casa Grande is a city in Pinal County, approximately halfway between Phoenix and Tucson in the U.S. state of Arizona. According to U.S. Census estimates, the population of the city is 55,653 as of 2020. It is named after the Casa Grande Ruins National Monument, which is actually located in Coolidge. "Casa Grande" is Spanish for "big house". Among resident English speakers, there is no consensus on how to pronounce the city's name.
Camera location