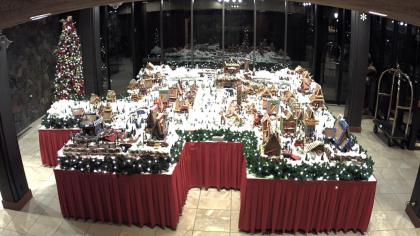 100%
Additional info
Anchorage is a unified municipal consolidated city-borough in the U.S. state of Alaska, on the West Coast of the United States. With a population of 291,247 in 2020, it is Alaska's most populous city and contains nearly 40% of the state's population. The Anchorage metropolitan area, which includes Anchorage and the neighboring Matanuska-Susitna Borough, had a population of 396,317 in 2019, accounting for more than half the state's population. At 1,706 square miles (4,420 km2) of land area, the city is the fourth-largest by area in the United States and larger than the smallest state, Rhode Island, which has 1,212 square miles (3,140 km2).
Camera location