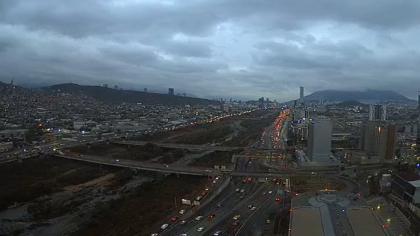 100%
Additional info
Monterrey is the capital and largest city of the northeastern state of Nuevo León, Mexico. Located at the foothills of the Sierra Madre Oriental, the city is anchor to the Monterrey metropolitan area, the second most productive in Mexico with a GDP (PPP) of US$140 billion in 2015, and the second-largest metropolitan area in Mexico with an estimated population of 5,341,171 people as of 2020. According to the 2020 census, the city itself has a population of 1,142,194. Monterrey is one of the most livable cities in Mexico, and a 2018 study found that suburb San Pedro Garza García is the city with the best quality of life in Mexico. It serves as a commercial center of northern Mexico and is the base of many significant international corporations. Its purchasing power parity-adjusted GDP per capita is considerably higher than the rest of Mexico's at around US$35,500, compared to the country's US$18,800. It is considered a Beta World City, cosmopolitan and competitive. Rich in history and culture, it is one of the most developed cities in Mexico.
Camera location

Setting a live cam to your internet site is without a doubt a great solution to advertise your business. It doesn't matter whether it is a business site of a seaside destination, a city service, a website of a guesthouse or maybe a ski lift, or a site centered on tourism. A live webcam view will unquestionably have a favorable impact on the traffic on your website. Moreover, the view from a live ip camera, for instance Mexico:

You are able to shoot whatever you want. You are basically limited solely by your will and... GDPR regulations. You can easily fit a live cam to your internet site.