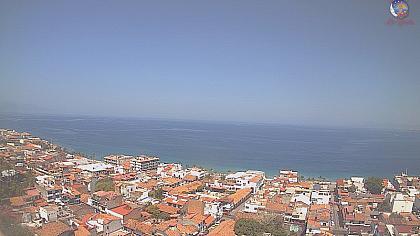 100%
Additional info
Mexico, officially the United Mexican States, is a country in the southern portion of North America. It is bordered to the north by the United States; to the south and west by the Pacific Ocean; to the southeast by Guatemala, Belize, and the Caribbean Sea; and to the east by the Gulf of Mexico. Mexico covers 1,972,550 square kilometers (761,610 sq mi), making it the world's 13th-largest country by area; with approximately 126,014,024 inhabitants, it is the 10th-most-populous country and has the most Spanish-speakers. Mexico is organized as a federation comprising 31 states and Mexico City, its capital and largest metropolis. Other major urban areas include Guadalajara, Monterrey, Puebla, Toluca, Tijuana, Ciudad Juárez, and León.
Camera location