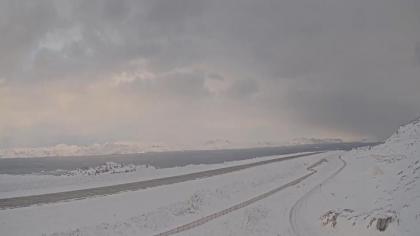 100%
Additional info
Nuuk Airport (Greenlandic: Mittarfik Nuuk; Danish: Godthåb Lufthavn; is an airport serving Nuuk, the capital of Greenland. The airport is a technical base and focus city for Air Greenland, the flag carrier airline of Greenland, linking the capital with several towns in western and south-western part of the country, including the airline hub at Kangerlussuaq Airport. With connections to Iceland, Nuuk Airport is also one of six international airports in Greenland but serves only destinations within Greenland and Iceland. International connections are made with flights to either Keflavík International Airport in Iceland or Kangerlussuaq Airport.
Camera location