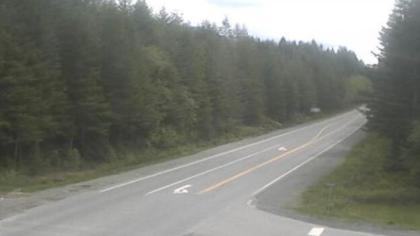 100%
Additional info
Woss, also commonly known as Woss Lake after the nearby lake of the same name, is a small village in the Nimpkish Valley, located 75 km (47 mi) southeast of Port McNeill and 128 km (80 mi) north of Campbell River on Highway 19, in northeastern Vancouver Island, British Columbia, Canada. The estimated population of Woss and the Nimpkish Valley is 200. The town of Woss lies about 3 km north of Woss Lake, a long, narrow lake stretching about 10 km in a primarily north-south direction with a maximum width of about one km, the southern portion of which is part of Woss Lake Provincial Park.Port McNeill is a town in the North Island region of Vancouver Island, British Columbia, Canada with a population of 2,356 (2021). Located on Vancouver Island's north-east shore on Queen Charlotte Strait, it was originally a base camp for loggers. Port McNeill became a settlement in 1936. The town was named after Captain William Henry McNeill of the Hudson's Bay Company.Highway 19 is the main north-south thoroughfare on Vancouver Island from Nanaimo to Port Hardy. A highway has existed on the Island since about 1912. Originally gravel and rough, the highway was an essential link together with the Esquimalt & Nanaimo Railway. The paved highway first opened in 1953, replacing a stretch of Highway 1 between Nanaimo and Campbell River, finally being extended to the northern tip of the island in the late 1970s. The total length of the highway is 403 kilometres (250 mi).
Camera location

Is it worth to install a live camera on the website such as Canada webcam?

Installing a live camera on your website is a brilliant approach to advertise your business. It doesn't matter whether it is a website of a seaside resort, an area services, a website of a guesthouse or a chair lift, or even a blog specialized in tourism. A live camera view will definitely give a positive impact on the website traffic. Moreover, the scene from the live camera, such as Canada:

You can shoot whatever you want. You're basically limited only from your own will and... General Data Protection Regulations. Without much effort you can install a live camera on your website.

Enjoying a trip gives you temporary pleasure but remembering about this trip takes you back to those places, into that time and even with those close people who were with you there. Live camera a great way to Reminisce about the beautiful past moments as you can see those places live from your home.