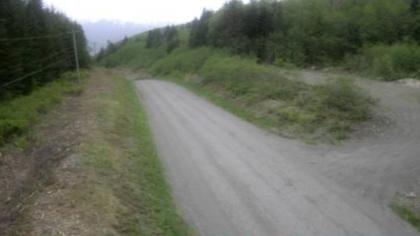 100%
Additional info
Lax̱g̱altsʼap is a Nisg̱a’a village of approximately 474, in the Nass River valley of British Columbia, Canada. It is one of the four main villages in the Nisg̱a’a Lisims, the formal name for their territory, and is situated on the north side of the Nass River between Gitwinksihlkw to the east and Ging̱olx to the west. It is approximately 24 km from where the Nass empties into the Pacific Ocean at Nass Bay. Road access is via the Nisga'a Highway.Ging̱olx is a Nisg̱a’a Village in the Nass River valley in British Columbia, Canada. The village population is approximately 400 people. Ging̱olx is one of four Nisg̱a’a villages that make up the Nisg̱a’a Nation. The community itself has four clans which are Killer Whale, Eagle, Raven and Wolf. Ging̱olx village government consists of 1 chief and 5 councillorsNisga'a Highway, officially designated British Columbia Highway 113, is a highway in the Regional District of Kitimat-Stikine in British Columbia. It starts in Terrace at Highway 16. The route provides paved access to the settlements of the Nisga'a Nation - Gitlaxt'aamiks, Gitwinksihlkw, Gingolx (Kincolith), Laxgalts'ap (Greenville), Nass Camp and others. It enters the Nass Country via the valley of Kitsumkalum Lake, which connects from the Skeena and via the Nisga'a Lava Beds Provincial Park. The route heads north from Terrace and once into the Nass River Valley then travels west to Gingolx (Kincolith) for a total of 169 kilometres (105 mi). There is a 12-kilometre (7.5 mi) spur between New Aiyansh and Nass Camp.
Camera location

Science and technology carries on improving everyday and great news for business people is that they can use live cam on their web sites to actually make the business or products much more observable and bring in much more customers. Most commonly, the companies regarding travels and tours, ski lift, rental houses, city service or sea side holiday resort choose to acquire the facility of fitting live streaming cameras on their web sites. A live streaming camera is a live display of your business characteristics thus you may attract the site traffic and convert them in to your potential customers. Would like to check out something more about live streaming cam for instance Canada? Here are these!

From tourist attractions to hospitality services, you can actually record just about anything on the site. In the limit of GDPR rules, you can utilize live website cam within your site in whatever way you need to. Take your time to fit a live streaming camera and luxuriate in a number of perks consequently.

There's a lot of dining places in my location although not necessarily all these have excellent setting. It has an astounding thing that we can easily observe the best eating places by means of live camera and I managed it. My leader was pleased due to the fact we spent the quality time in that particular bistro and the credit goes to this specific live camera that helped me to deliberately find the lunch spot.

I consider that live webcam is usually a great item of technology. While laying in the bed, visit a spot then you can schedule a thrilling visit.