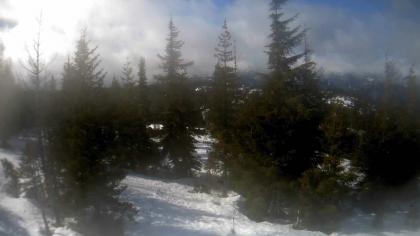 100%
Additional info
Vancouver Island is an island in the northeastern Pacific Ocean and part of the Canadian province of British Columbia. The island is 456 km (283 mi) in length, 100 km (62 mi) in width at its widest point, and 32,134 km2 (12,407 sq mi) in area. The island is the largest by area and the most populous along the west coasts of the Americas.The Comox Valley is a region on the east coast of Vancouver Island, British Columbia, Canada, that includes the city of Courtenay, the town of Comox, the village of Cumberland, and the unincorporated settlements of Royston, Union Bay, Fanny Bay, Black Creek, and Merville. The communities of Denman Island and Hornby Island are also considered part of the Comox Valley. The Comox Valley contains the 47th largest metropolitan area in Canada with a population of about 66,000 as of 2016.Comox Lake is a glacier fed freshwater lake located in mid-Vancouver Island, British Columbia, Canada. It is located northwest of the smaller Beaufort Lake in the Comox Valley near Cumberland, British Columbia, and about 10km southwest of Courtenay. The lake is a reservoir for drinking water and for hydroelectric power.
Camera location

Is it worthwhile to put a live IP camera into the website?

Setting up a live cam within the internet site is undoubtedly an exceptional choice to advertise your business. It doesn't matter whether it is a blog of a seaside destination, a city service, a website of a guesthouse or maybe a ski lift, or a site focused entirely on tourism. A live cam view will obviously have a great impact on the traffic on your website. Moreover, the view from a live ip camera, just like Canada:

You are able to shoot whatever you want. You are basically limited solely by your will and... GDPR regulations. You can easily mount a live cam within the internet site.

The planet is indeed so giant that we cannot visit it. Despite the fact tourism is my hobby to engage in and I have went to see a lot of places all around the globe but being a human being, I have restraints. This fabulous site has appealed me a lot and I am a regular visitor of it simply because it allows me to know the planet better and it helps me to virtually see those areas that I've never physically seen.

Outstanding quality of the camera, Beautifully reproduced colors. You can understand perfectly what is happening in the city. Using the live camera you could practically believe that you were there. Also, I appreciate the insight into the various climatic conditions parameters. Superb to have the camera in the exact location I need it.