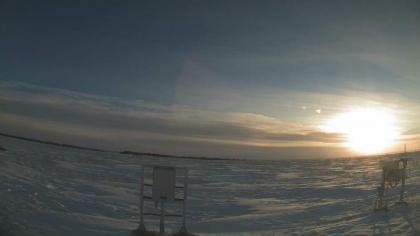 100%
Additional info
Swift Current Airport is located 4 nautical miles east of Swift Current, Saskatchewan, Canada.Swift Current is the fifth largest city in the Canadian province of Saskatchewan. It is situated along the Trans Canada Highway 170 kilometres (110 mi) west of Moose Jaw, and 218 kilometres (135 mi) east of Medicine Hat, Alberta. Swift Current grew 6.8% between 2011 and 2016, ending up at 16,604 residents. The city is surrounded by the Rural Municipality of Swift Current No. 137.Saskatchewan is a prairie and boreal province in Western Canada, the middle of the three prairie provinces. It is bordered on the west by Alberta, on the north by the Northwest Territories, on the east by Manitoba, to the northeast by Nunavut, and on the south by the U.S. states of Montana and North Dakota. Saskatchewan and Alberta are the only landlocked provinces of Canada. As of Q1 2020, Saskatchewan's population was estimated at 1,181,987. Nearly 10% of Saskatchewan’s total area of 651,900 square kilometres (251,700 sq mi) is fresh water, which is composed mostly of rivers, reservoirs, and the province's 100,000 lakes. The absence of nearby moderating bodies of water results in severe winters throughout the province, on account of Saskatchewan's continental climate. Southern areas have very warm or hot summers. In winter, temperatures below −45 °C (−49 °F) are possible even in the south during extreme cold snaps.
Camera location

Is it worth to put a live camera on the website?

Setting up a live camera within the website is undoubtedly an exceptional approach to advertise your business. It doesn't matter whether it is a blog of a seaside resort, an area services, a website of a guesthouse or a chair lift, or even a blog specialized in tourism. A live cam view will obviously give a great impact on the website traffic. Moreover, the scene from the live camera, just like Canada:

You can shoot whatever you want. You're basically limited only from your own will and... General Data Protection Regulations. Without much effort you can mount a live camera within the website.

Prior to visiting any region, seeing this amazing site is preferred. From Wild animals and zoo park to the world's significant landmarks, from temperate destinations to seas and lands, this great site provides you the platform to have a virtual trip round the world. You'll be able to there at any place of the universe and you can be at the other corner of the world in a second. Isn’t this a magic!

The website is undoubtedly ideal, additionally, the sight is perfect - as always! Thanks to the camera, I can switch to my hometown without having to leave home and even watch how much it has evolved. I love to look here, for the reason that the excellence of the web camera is without a doubt perfect, and you can learn a bit about the area and read travel instructions. I'm this incredible website just about on a daily basis.