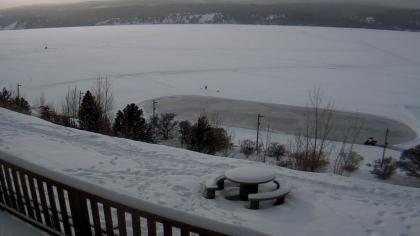 100%
Additional info
Windermere is a community and designated place located south of Invermere on Windermere Lake in the Regional District of East Kootenay.The Regional District of East Kootenay (RDEK) is a regional district in the Canadian province of British Columbia, Canada. In the 2016 census, the population was 60,439. Its area is 27,542.69 km2 (10,634.29 sq mi). The regional district offices are in Cranbrook, the largest community in the region. Other important population centres include the cities of Kimberley and Fernie, and the district municipality of Invermere and Sparwood. Despite its name, the regional district does not include all of the region known as the East Kootenay, which includes the Creston Valley and the east shore of Kootenay Lake.British Columbia is the westernmost province of Canada, situated between the Pacific Ocean and the Rocky Mountains. It has a diverse geography, with rugged landscapes that include rocky coastlines, sandy beaches, forests, lakes, mountains, inland deserts and grassy plains, and borders the province of Alberta to the east and the Yukon and Northwest Territories to the north. With an estimated population of 5.3 million as of 2022, it is Canada's third-most populous province. The capital of British Columbia is Victoria and its largest city is Vancouver. Vancouver is the third-largest metropolitan area in Canada; the 2021 census recorded 2.6 million people in Metro Vancouver.
Camera location

Is it really worth to set up a live cam in your website such as Canada webcam?

Adding a live ip camera in your blog is actually an excellent method to advertise your business. It doesn't matter whether it is an internet site of a seaside vacation resort, a city service, a website of a guesthouse or perhaps a ski lift, or a website focused on tourism. A live ip camera view will certainly have a good impact on the traffic on your website. Moreover, the view from a live streaming cam, for example Canada:

You may shoot whatever you want. You are basically limited just by your will and... GDPR regulations. You can easily add a live ip camera in your blog.

When it comes to visiting a park, a lot of things come in the mind. Is the park lovely? Could it be too much crowded? Which activities you can enjoy there? What kind of amusement is there for your kids? Why not to enjoy a virtual trip to the park that you want to visit!

Enjoying a trip provides you with temporary satisfaction however reminiscing about that journey will take you back to those locations, into that period and with those close individuals who were with you . Live digital camera is really a good method to Reminisce about the beautiful past moments because you can observe those locations live from your own home.