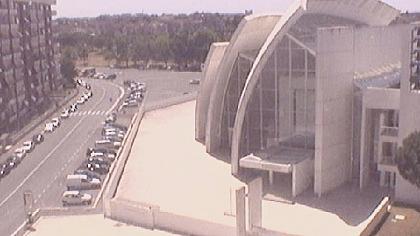 100%
Additional info
Rome is the capital city of Italy. It is also the capital of the Lazio region, the centre of the Metropolitan City of Rome, and a special comune named Comune di Roma Capitale. With 2,860,009 residents in 1,285 km2 (496.1 sq mi), Rome is the country's most populated comune and the third most populous city in the European Union by population within city limits. The Metropolitan City of Rome, with a population of 4,355,725 residents, is the most populous metropolitan city in Italy. Its metropolitan area is the third-most populous within Italy. Rome is located in the central-western portion of the Italian Peninsula, within Lazio (Latium), along the shores of the Tiber. Vatican City is an independent country inside the city boundaries of Rome, the only existing example of a country within a city. Rome is often referred to as the City of Seven Hills due to its geographic location, and also as the "Eternal City". Rome is generally considered to be the "cradle of Western civilisation and Christian culture", and the centre of the Catholic Church.
Camera location

Is it worth to install a live camera in your website?

I always watch the weather conditions before a 2-day trip. The forecasts on TV are almost always different and basically change every hour, so I can't have any guarantee if it's really ugly or not, for example. One click and I can see in real time what the weather conditions are, whether a lot of people have arrived etc. Live camera is definitely a useful solution for any person who likes to have everything well arranged.

Although I have captured lots of pictures of my honeymoon but it is not possible to keep those albums with me all the time. Whenever I want to recall my memories with those amazing places, I go to this site and feel like I am physically there again. Thanks to the site for adding the live camera feature.