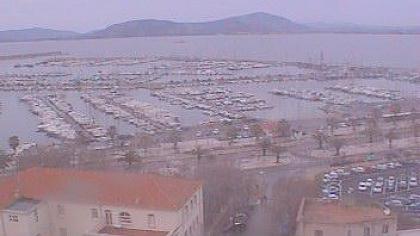 100%
Additional info
Alghero, also known in the local Algherese dialect as L'Alguer, is a town of about 45,000 inhabitants in the Italian insular province of Sassari in northwestern Sardinia, next to the Mediterranean Sea. Part of its population descends from Catalan conquerors from the end of the Middle Ages, when Sardinia was part of the Crown of Aragon. Hence, the Catalan language is co-official and known as the Alguerès dialect. The name Alghero comes from Aleguerium, which is a mediaeval Latin word meaning "stagnation of algae".
Camera location