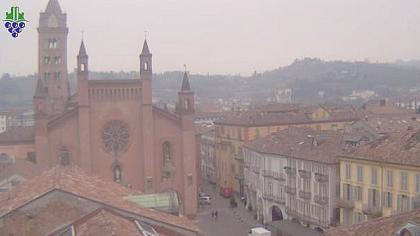 100%
Additional info
Alba is the Scottish Gaelic name for Scotland. It is also, in English language historiography, used to refer to the polity of Picts and Scots united in the ninth century as the Kingdom of Alba, until it developed into the Kingdom of Scotland of the late middle ages following the absorption of Strathclyde and English-speaking Lothian in the 12th century. It is cognate with the Irish term Alba and the Manx term Nalbin, the two other Goidelic Insular Celtic languages, as well as contemporary words used in Cornish and Welsh, both of which are Brythonic Insular Celtic languages. The third surviving Brythonic language, Breton, instead uses Bro-Skos, meaning 'country of the Scots'. In the past these terms were names for Great Britain as a whole, related to the Brythonic name Albion.
Camera location