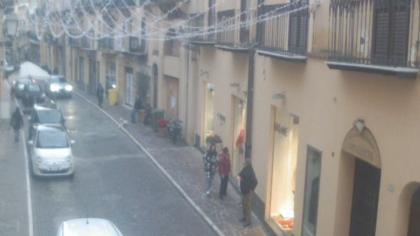 100%
Additional info
Agrigento is a city on the southern coast of Sicily, Italy and capital of the province of Agrigento. It was one of the leading cities of Magna Graecia during the golden age of Ancient Greece with population estimates in the range of 200,000 to 800,000 before 406 BC.The Province of Agrigento is a province in the autonomous island region of Sicily in Italy, situated on its south-western coast. Following the suppression of the Sicilian provinces, it was replaced in 2015 by the Free municipal consortium of Agrigento. It has an area of 3,041.90 square kilometres (1,174.48 sq mi), and a total population of 474,493. There are 43 comunes in the province.Sicily is the largest island in the Mediterranean Sea and one of the 20 regions of Italy. It is one of the five Italian autonomous regions and is officially referred to as Regione Siciliana. The region has 5 million inhabitants. Its capital city is Palermo.
Camera location