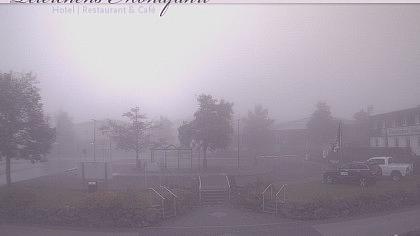 100%
Additional info
Gersfeld is a town in the district of Fulda, in Hesse, Germany. It is situated on the Fulda River, in the Rhön Mountains, 20 km (12.43 mi) southeast of Fulda. It belonged to the abbey-principality of Fulda before secularisation in 1803. It then belonged to the Principality of Nassau-Orange-Fulda between 1803 and 1806, to France between 1806 and 1810, and then later to the Grand Duchy of Frankfurt between 1810 and 1813. After the Battle of Leipzig, it was occupied by the Allied troops of the Sixth Coalition between 1813 and 1815. After that, it was ceded to the Kingdom of Bavaria in 1815. During the Austro-Prussian War, it was occupied by Prussia before its annexation in the newly established Hesse Nassau province. It was finally incorporated in the state of Hesse in 1945.
Camera location