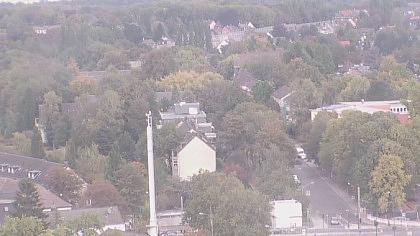 100%
Additional info
Essen is the central and, after Dortmund, second-largest city of the Ruhr, the largest urban area in Germany. Its population of 582,415 makes it the fourth-largest city of North Rhine-Westphalia after Cologne, Düsseldorf and Dortmund, as well as the tenth-largest city of Germany. Essen lies in the larger Rhine-Ruhr Metropolitan Region and is part of the cultural area Rhineland. Because of its central location in the Ruhr, Essen is often regarded as the Ruhr's "secret capital". Two rivers flow through the city: in the north, the Emscher, the Ruhr area's central river, and in the south, the Ruhr River, which is dammed in Essen to form the Lake Baldeney (Baldeneysee) and Lake Kettwig reservoirs. The central and northern boroughs of Essen historically belong to the Low German (Westphalian) language area, and the south of the city to the Low Franconian (Bergish) area.
Camera location