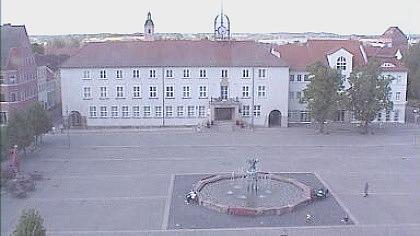 60%
Additional info
Anklam [German pronunciation: [ˈaŋklam] (listen)], formerly known as Tanglim and Wendenburg, is a town in the Western Pomerania region of Mecklenburg-Vorpommern, Germany. It is situated on the banks of the Peene river, just 8 km from its mouth in the Kleines Haff, the western part of the Stettin Lagoon. Anklam has a population of 14,603 (2005) and was the capital of the former Ostvorpommern district. Since September 2011, it has been part of the district of Vorpommern-Greifswald.
Camera location