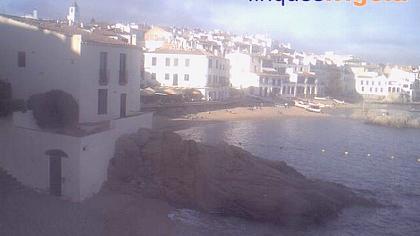 100%
Additional info
Spain, or the Kingdom of Spain, is a country primarily located in southwestern Europe with parts of territory in the Atlantic Ocean and across the Mediterranean Sea. The largest part of Spain is situated on the Iberian Peninsula; its territory also includes the Canary Islands in the Atlantic Ocean, the Balearic Islands in the Mediterranean Sea, and the autonomous cities of Ceuta and Melilla in Africa. The country's mainland is bordered to the south by Gibraltar; to the south and east by the Mediterranean Sea; to the north by France, Andorra and the Bay of Biscay; and to the west by Portugal and the Atlantic Ocean. With an area of 505,990 km2 (195,360 sq mi), Spain is the second-largest country in the European Union (EU) and, with a population exceeding 47.4 million, the fourth-most populous EU member state. Spain's capital and largest city is Madrid; other major urban areas include Barcelona, Valencia, Seville, Zaragoza, Málaga, Murcia, Palma de Mallorca, Las Palmas de Gran Canaria and Bilbao.
Camera location

Is it worth to add a live camera within the website such as Spain webcam?

Using a live camera on your own website is going to be a remarkable idea to advertise your business. It doesn't matter whether it is a website of a seaside resort, a city service, a website of a guesthouse or a ski lift, or a blog specifically for tourism. A live website cam view will definitely have a positive impact on the traffic on your website. Moreover, the view from a live camera, such as Spain:

You can shoot whatever you want. You are basically limited only by your will and... GDPR regulations. You can easily use a live camera on your own website.

I am impressed with the website. It is offering live camera and beyond that, there are a number other amazing things like "nearby cameras", "wikipedia info" and a lot more. Because of nearby camera, you can get to know which adjacent place you may be able to check by this camera and Wikipedia info section will provide you with general understanding of the searched place.

I am a very romantic person and I love to spend time with my partner at a silent and peaceful place. Thanks to live camera that it has provided a way to determine traffic or number of people in a place to ascertain how much busy is it. Our trip destination selection has become really easy because of the live camera.