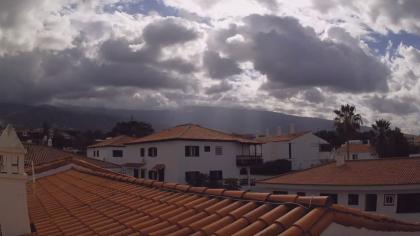 100%
Additional info
Puerto de la Cruz is a city and municipality in the northern part of the island of Tenerife, Canary Islands, Spain. It was formerly known by its English translation, "Port of the Cross", although now it is known by its Spanish name in all languages. Puerto de la Cruz is located on the northern coast, 4 km (2 mi) northwest of La Orotava and 30 km (19 mi) west of Santa Cruz de Tenerife. The TF-5 motorway passes through the municipality. The population is 30,483 (2018). In Spanish, the local inhabitants are known as Portuenses. With an area of 8.73 km2 (3 sq mi), the municipality is the smallest in Tenerife. The elevation of the town's centre is 9 m (30 ft) above sea level and the highest point being Las Arenas, a volcanic cone with an elevation of 249 m (817 ft).Province of Santa Cruz de Tenerife, also Province of Santa Cruz, is a province of Spain, consisting of the western part of the autonomous community of the Canary Islands. It consists of about half of the Atlantic archipelago: the islands of Tenerife, La Gomera, El Hierro, and La Palma. It occupies an area of 3,381 km2 (1,305 sq mi). It also includes a series of adjacent roques.Teide, or Mount Teide, is a volcano on Tenerife in the Canary Islands, Spain. Its summit is the highest point in Spain and the highest point above sea level in the islands of the Atlantic.
Webcam Spain live - Location

Is it really worth to set up a live cam in your website such as Spain webcam?

Adding a live ip camera in your blog is actually an excellent method to advertise your business. It doesn't matter whether it is an internet site of a seaside vacation resort, a city service, a website of a guesthouse or perhaps a ski lift, or a website focused on tourism. A live ip camera view will certainly have a good impact on the traffic on your website. Moreover, the view from a live streaming cam, for example Spain:

You may shoot whatever you want. You are basically limited just by your will and... GDPR regulations. You can easily add a live ip camera in your blog.

This particular live camera quality is actually exceptional but occasionally it happens that the web cam does not work for just a moment. Nevertheless, this doesn't mean the service is bad but it's a matter of common sense that because of absence of power or even harsh climate conditions, the camera could possibly get down for a very little time. In this situation, I leave a comment for the team to make them aware about that specific camera.

Having a trip to view your favorite areas is really a costly thing and in fact, it takes time as well. Nevertheless, you can observe those areas without making any expense and you may reach there within a minute, how!Via live digicam . It allows a person not only to see the well-known destinations around the globe but to check on their environment and a lot more.