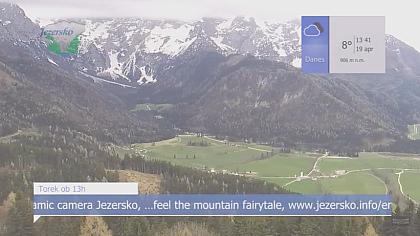 100%
Additional info
Slovenia, officially the Republic of Slovenia, is a country in Central Europe. It is bordered by Italy to the west, Austria to the north, Hungary to the northeast, Croatia to the southeast, and the Adriatic Sea to the southwest. Slovenia is mostly mountainous and forested, covers 20,271 square kilometres (7,827 sq mi), and has a population of 2.1 million, of which 300,000 live in the capital and largest city Ljubljana. Slovenes form the vast majority of the country's population. Slovene, a South Slavic language, is the official language. Slovenia has a predominantly continental climate, with the exception of the Slovene Littoral and the Julian Alps. A sub-mediterranean climate reaches to the northern extensions of the Dinaric Alps that traverse the country in a northwest–southeast direction. The Julian Alps in the northwest have an alpine climate. Continental climate is increasingly more pronounced towards the Pannonian Plain in the Northeast. The nation's capital and largest city—Ljubljana—is situated at roughly the centre of the country.
Camera location