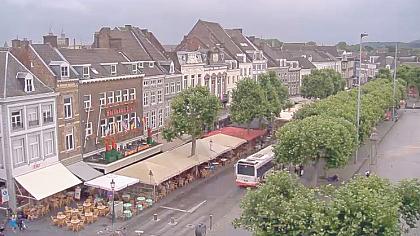 67%
Additional info
The Netherlands, informally Holland, is a country located in Northwestern Europe with overseas territories in the Caribbean. It is the largest of four constituent countries of the Kingdom of the Netherlands. In Europe, the Netherlands consists of twelve provinces, and borders Germany to the east, Belgium to the south, with a North Sea coast-line to the north and west. It also shares maritime borders with both countries and with the United Kingdom in the North Sea. The Caribbean overseas territories—Bonaire, Sint Eustatius and Saba—became special municipalities of the country of the Netherlands in 2010. The country's official language is Dutch, with West Frisian as a secondary official language in the province of Friesland, and English and Papiamento as secondary official languages in the Caribbean Netherlands. Dutch Low Saxon and Limburgish are recognised regional languages, while Dutch Sign Language, Sinte Romani, and Yiddish are recognised non-territorial languages.
Camera location

Is it truly worth to put a live streaming camera to your site?

Setting a live streaming camera within the web site is undoubtedly a great solution to advertise your business or products. No matter if it's a blog of a beach location, an area services, a site of a rental houses or possibly a chair lift, or even a web site centered on tourist. A live cam view will obviously give a great impact on the site traffic. Additionally, the scene from the live website cam, just like Netherlands:

You possibly can shoot whatever you want. You're basically constrained merely from your own will combined with... General Data Protection Regulations. You can actually fit a live streaming cam within the web site.

This live webcam from the Vrijthof in Maastricht is NOT working,please, repare this. Thank you.