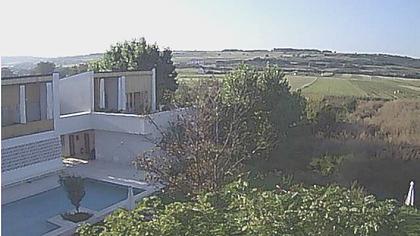 100%
Additional info
Kosovo, officially the Republic of Kosovo, is a partially recognised state in Southeast Europe. It lies at the centre of the Balkans, occupying an area of 10,887 km2 (4,203 sq mi), with a population of c. 1.8 million; and is bordered by the uncontested territory of Serbia to the north and east, North Macedonia to the southeast, Albania to the southwest, and Montenegro to the west. Kosovo unilaterally declared its independence from Serbia on 17 February 2008, and has since gained diplomatic recognition as a sovereign state by 97 member states of the United Nations. Most of central Kosovo is dominated by the vast plains and fields of Metohija and Kosovo. The Accursed Mountains and Šar Mountains rise in the southwest and southeast, respectively. Its capital and largest city is Pristina.
Camera location