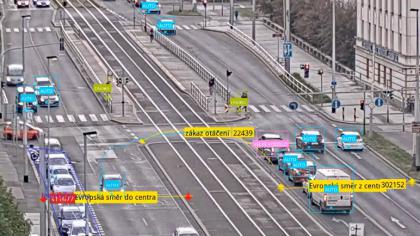 100%
Additional info
Prague is the capital and largest city in the Czech Republic, the 13th largest city in the European Union and the historical capital of Bohemia. Situated on the Vltava river, Prague is home to about 1.3 million people, while its metropolitan area is estimated to have a population of 2.7 million. The city has a temperate oceanic climate, with relatively warm summers and chilly winters.
Camera location