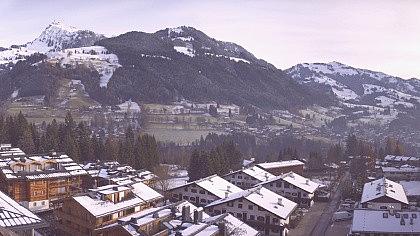 75%
Additional info
Kitzbühel is a medieval town situated in the Kitzbühel Alps along the river Kitzbüheler Ache in Tyrol, Austria, about 100 km (62 mi) east of the state capital Innsbruck and is the administrative centre of the Kitzbühel district (Bezirk). Kitzbühel is a ski resort of international renown and its ski season lasts from mid October to early May. During winter and early spring it is frequented primarily by upper-class clientele from Austria and from abroad.
Camera location