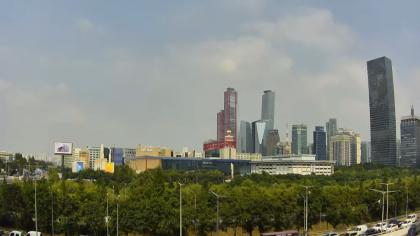 100%
Additional info
Seoul, officially the Seoul Special City, is the capital and largest metropolis of South Korea. Seoul has a population of 9.7 million people, and forms the heart of the Seoul Capital Area with the surrounding Incheon metropolis and Gyeonggi province. Considered to be a global city and rated as an Alpha - City by GaWC, Seoul was the world's 4th largest metropolitan economy in 2014 after Tokyo, New York City and Los Angeles. International visitors generally reach Seoul via AREX from the Incheon International Airport, notable for having been rated the best airport for nine consecutive years (2005–2013) by the Airports Council International. In 2015, it was rated Asia's most livable city with the second highest quality of life globally by Arcadis, with the GDP per capita (PPP) in Seoul being around $40,000. In 2017, the cost of living in Seoul was ranked the 6th highest globally. In 2020, Seoul's real estate market was ranked 3rd in the world for the price of apartments in the downtown center. Seoul was one of the host cities for the official tournament of the 2002 FIFA World Cup, which was co-hosted by South Korea and Japan.
Camera location