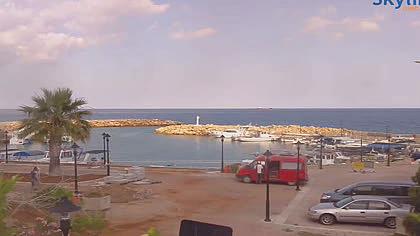 67%
Additional info
Cyprus, officially called the Republic of Cyprus, is an island country in the eastern Mediterranean Sea. It is the third largest and third most populous island in the Mediterranean, and is located south of Turkey; west of Syria; northwest of the Gaza Strip, Israel, and Lebanon; north of Egypt; and southeast of Greece. The country's capital and largest city is Nicosia.
Camera location