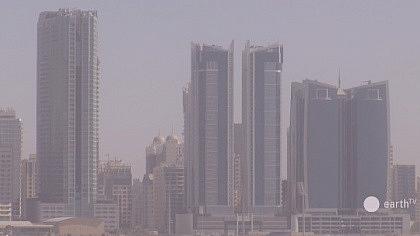 75%
Additional info
Bahrain, officially the Kingdom of Bahrain, is a country in the Persian Gulf. The island nation comprises a small archipelago made up of 50 natural islands and an additional 33 artificial islands, centered on Bahrain Island which makes up around 83 percent of the country's landmass. The country is situated between the Qatari peninsula and the north eastern coast of Saudi Arabia to which it is connected by the 25-kilometre (16 mi) King Fahd Causeway. According to the 2020 census, Bahrain's population numbers 1,501,635 people, of which 712,362 are Bahraini nationals. At 760 square kilometres (290 sq mi) in size, it is the third-smallest nation in Asia after the Maldives and Singapore. The capital and largest city is Manama.
Camera location