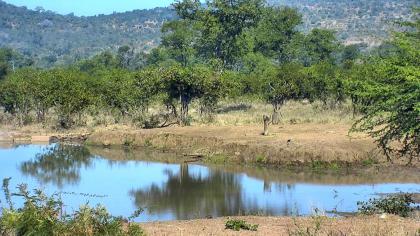 50%
Additional info
Kruger National Park is a South African National Park and one of the largest game reserves in Africa. It covers an area of 19,623 km2 (7,576 sq mi) in the provinces of Limpopo and Mpumalanga in northeastern South Africa, and extends 360 km (220 mi) from north to south and 65 km (40 mi) from east to west. The administrative headquarters are in Skukuza. Areas of the park were first protected by the government of the South African Republic in 1898, and it became South Africa's first national park in 1926.
Camera location